The Ohio State Transit Centers across campus now feature our U-Lite translucent canopy system to provide shelter for the drop off and pick up areas. Over 10,200 sq. ft. of our canopy systems were installed on the school campus, specified in an ice white glazing color. The U-Lite system allows for an abundance of natural light beneath the covered area, creating comfortable and defined spaces for students and passengers. Our pre-engineered system was the perfect solution for the project’s compressed schedule, eliminating weeks of engineering and submittal time and resulting in substantial cost savings. 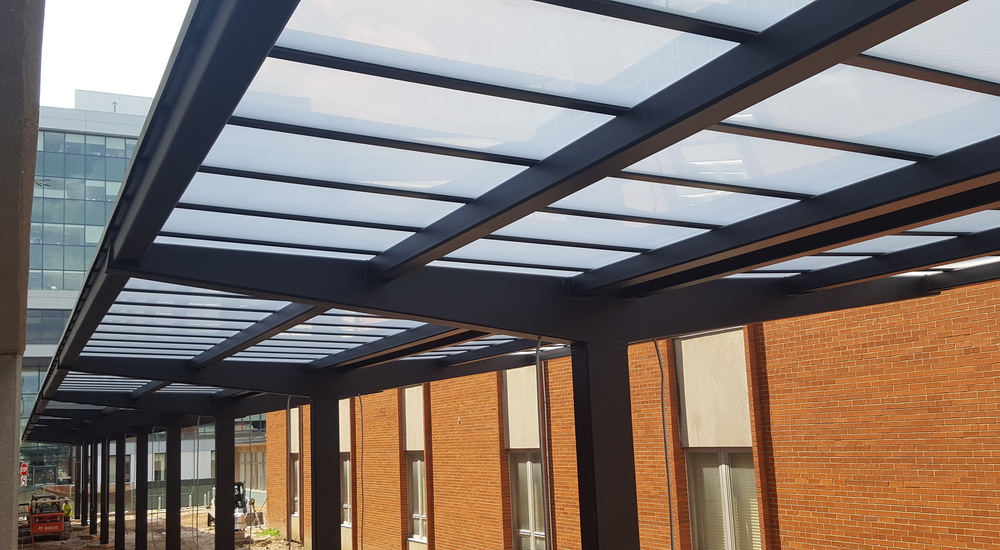 When the Indianapolis Zoo was given a $10 million grant, the one condition for using it was that it needed to implement an initiative that benefits the community’s goal of long-term sustainability. The result? The zoo’s bicentennial pavilion, which hosts a wide range of events and is protected from weather by our U-Lite™ canopy system. Modeled after a lush rain forest, and crafted primarily from natural materials, the space houses 11 “pods” for up to 1,000 seated attendees and is the perfect environment for the Macaws presentation it currently hosts. The canopies allow for 100% collection of rainwater, which percolates into an aquifer as opposed to being discharged to city sewers, achieving the sustainability goals and requirements for the project. 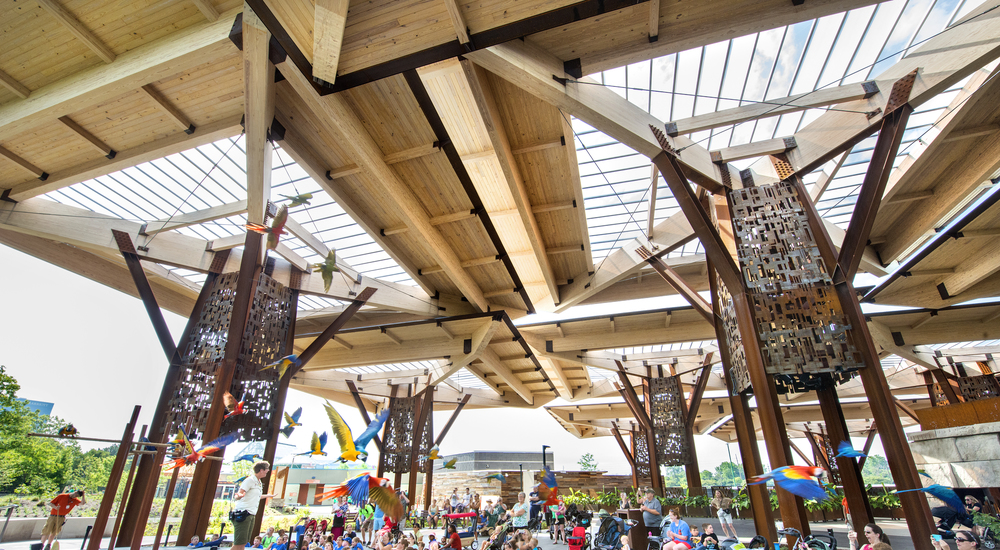 The Katy Independent School District (ISD) wanted a new canopy system installed for the Memorial Parkway High School that was functional, but would leave a lasting impression on its students, faculty, and visitors. We installed 980 sq. ft. of our ice white U-Lite translucent canopy system to provide a seamless look the school district was looking for, while protecting passerby from inclement weather and harsh glare, and providing an abundance of light to the school’s main entryway. 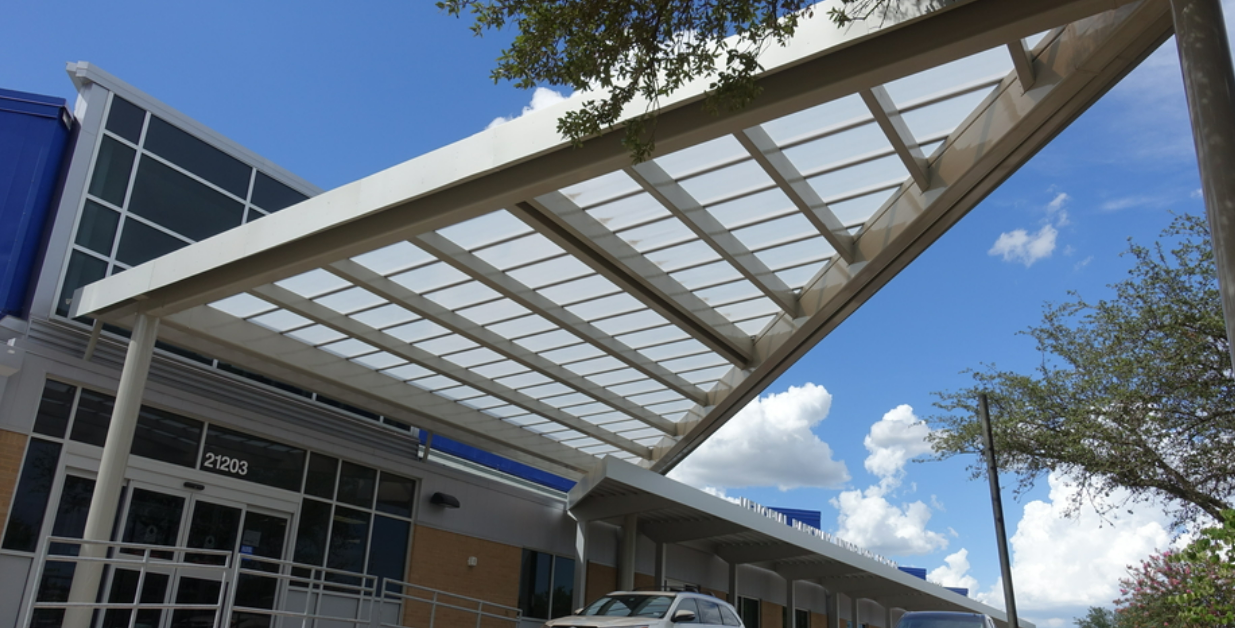 When you think of Charleston, South Carolina, Boeing’s 787 Final Assembly Building probably isn’t the first thing to come to mind, but it is the first thing you see when you enter the Charleston International Airport. “[It was] the largest construction project on the East Coast at the time and the largest construction project ever in South Carolina,” said Senior Project Manager Steve McGrey of KBR Building Group, a division of BE&K.

The assembly building is a joint venture project between the BE&K Building Group, Turner Construction Company, and design partners BRPH Architects. The facility stands at 1.2 million sq. ft. and was built in just eighteen months. It needed to meet hurricane wind loads due to its proximity to the Atlantic Ocean. This task proved to be challenging for many systems, but UniQuad® proved to be the perfect fit. The UniQuad system worked with the architect’s design without forcing them to compromise their vision, and provided the ideal light levels based on the design of the doors, orientation of the building, the height of the windows, and other factors.

The design on the sixteen massive hangar doors called for precision in panel size and thickness to allow the doors to operate properly while still letting natural light into the building. Even when the doors are fully closed, the UniQuad system provides an abundance of natural light without the unwanted
glare and also reduces the amount of heat that enters the building. This is an impossible feat with typical plastic or aluminum materials found on standard hangar doors. The unwanted glare was eliminated due to the system’s Nano-Cell® technology, which was combined with a matte finish.

The UniQuad system is an assembly of two independent translucent insulated panels, resulting in one integrated and high-performance daylighting system. Boeing’s use of 25,150 sq. ft. of UniQuad,  combined with other green building initiatives, enabled the project to achieve LEED® Gold certification.

“[The UniQuad panels] were integrated into the 85 ft. tall hangar doors on either end,” said McGrey. “Timing was critical to door completion, which then allowed the start-up of the HVAC systems that were necessary for Boeing production tooling installations.”

The speedy installation of the panels allowed for production to begin six months ahead of schedule.
The economic impact of the plant was massive on the city of Charleston. Approximately $10 billion is injected back into the community annually as a result of the facility, with over 7,000 new jobs to help strengthen the city’s workforce. In the last four years, the Charleston workforce was boosted by
more than five percent, according to a recent economic study. Charleston is the first city to house a new Boeing aircraft assembly line outside of the Seattle, Washington base. 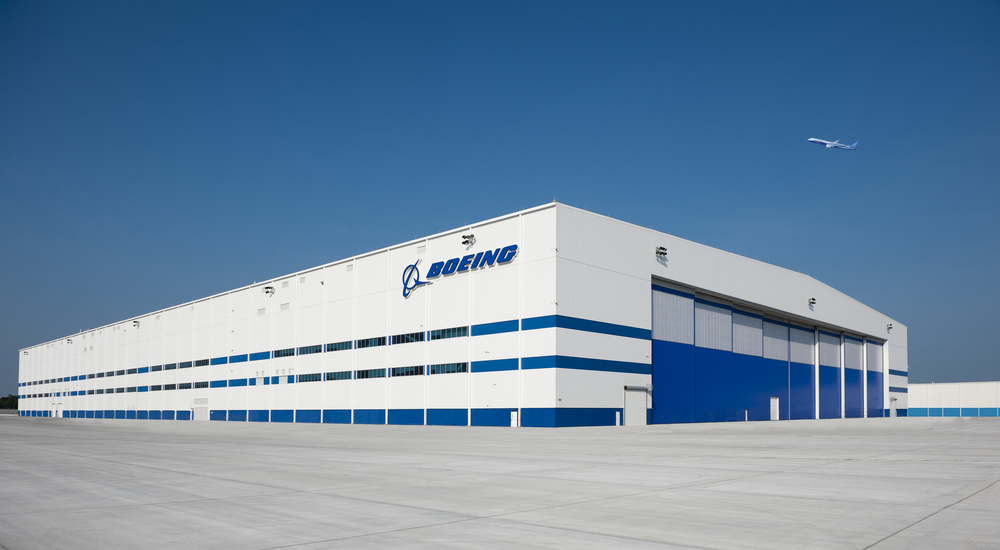 Located in the largest geographic school district in Iowa, Cascade High School needed to be renovated to provide much-needed square footage for its student body and staff. For many rural towns in the area, the school and its activities are the heartbeat of the community, and the goal was to reflect that in the school’s design. Featuring 6,590 sq. ft. of our UniQuad translucent wall system, the new exterior skin modernizes and unifies the building’s multiple additions, and has made the school a focal point worthy of its centrality in the community for its unique aesthetic. This project won the 2015 AIA Iowa Design Award and the 2016 AIA Central States Design Award. 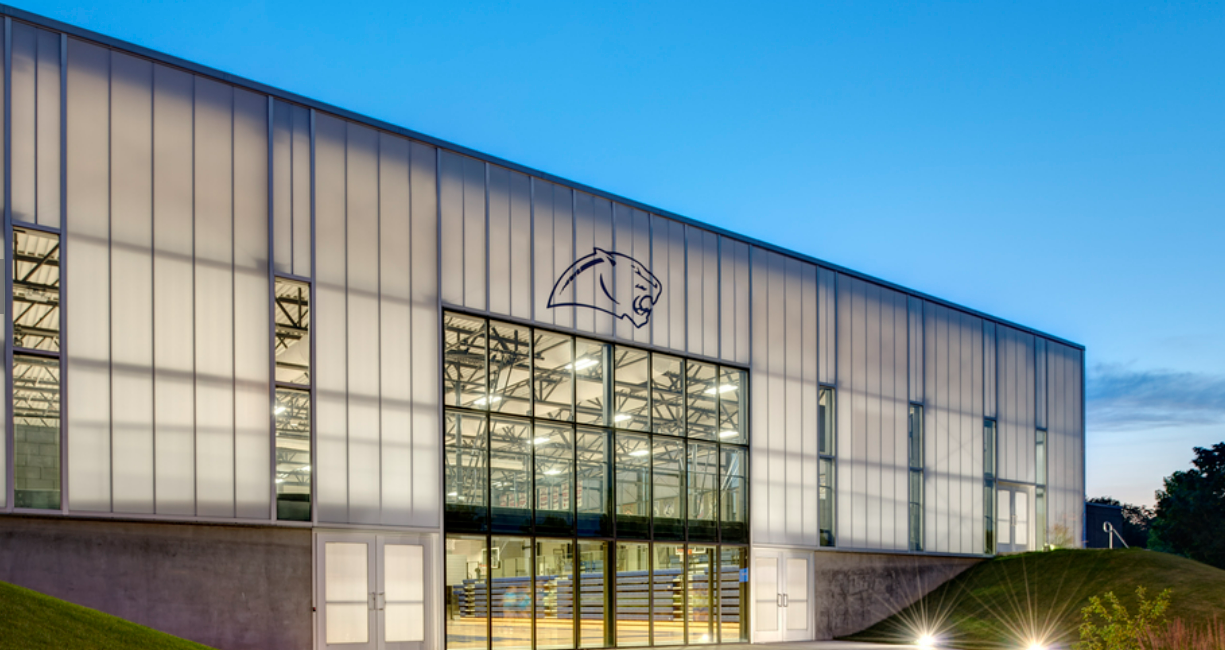 The Fort Indiantown Gap, an active National Guard training center in Pennsylvania, needed a new Unit Training Equipment Site (UTES) facility for their stationed soldiers. The new facility was designed to offer soldiers assistance and maintenance support for the vehicles and weapons it houses. 26,540 sq. ft. of our UniQuad translucent wall system, specified in a clear glazing color, was incorporated into the facility’s design to provide ample daylight and ensure that daytime operations run effectively and smoothly with minimal use of artificial lighting.

7,780 sq. ft. of Quadwall translucent skylight system was incorporated into the renovation design for Allen High School in Texas. Renovated in 2015, the focus for the updated school was primarily on energy efficiency. Our system, specified in ice white matte and ice white glazing, allows for an abundance of natural uniform daylighting to diffuse into the space below, while minimizing glare and heat gain within the building. 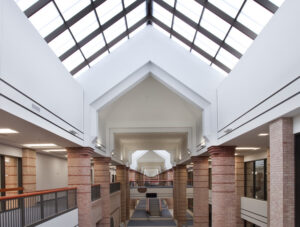 Daylighting played an integral role in the design of the University of Oregon Student Recreation Center, and required a system that could dynamically control light levels in the space to ensure optimal performance. Another goal for the project was to reduce overall energy consumption from electrical lighting and HVAC systems while maintaining a high level of glare-free diffused light. Our IntelaSun system was chosen for its ability to effectively minimize solar heat gain and reduce the facility’s dependence on electrical lighting while being able to control the amount of light that entered the facility. It was designed with the end goal of educating, engaging, and inspiring the campus community to live sustainable and active lives. Due to the majority of the facility’s design being centered on sustainability, the building was awarded LEED Platinum status. It also won the 2016 NIRSA Outstanding Sports Facility award. 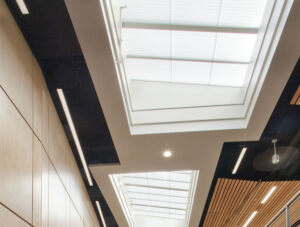 After only 15 years, the skylight at the Bogan Park Aquatic Center had completely degraded and discolored, resulting in a dark and grungy environment for the pool’s patrons. We successfully replaced 17,500 sq. ft. of the translucent fiberglass roof covering with our Quadwall system, as well as 2,490 sq. ft. of the vertical walls in the facility. This upgrade allowed for natural, uniform light to diffuse into the space while minimizing glare for those in the space below. Meticulous and concise coordination resulted in a 40% reduction in installation time, allowing the facility to remain in operation for a longer period of time than what was expected. 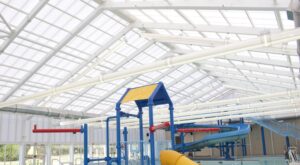 Kingspan Light + Air recently launched a new online tool, choosedaylight.com, to help architects and designers find the right custom daylighting system for their next project. The online tool guides users through a series of simple questions related to their project’s specific design or performance needs, and then presents the best daylighting system solution based on those responses. From the solutions page, users can click on links to additional contact details, downloadable brochures, and architectural consulting information.